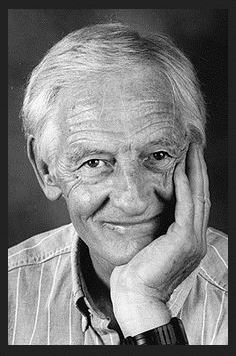 “It was my privilege to jointly edit and publish Green Horizon Magazine with John Rensenbrink over a span of twenty years. John was the one who conceptualized and initiated this distinctive publication — a print magazine covering the international Green politics movement from the perspective of this country’s state-based ecological parties.

“Readers of and contributors to the magazine appreciated John’s unerring guidance. They also were aware of his lifelong commitment to the movement, within which John wore many hats and played many roles. Those were featured in a tribute issue of the magazine published two years ago and available upon request from: Green Horizon Foundation, PO Box 2029, Princeton, NJ 08543.”

John had posted this on our site last year:

Most of the articles that appear in Green Horizon Magazine have a certain lilt to them. The lilt is the degree to which each one, though rooted in the extant reality of life now, poses the possibility of transformation and reveals a pathway to transformation. Please read them in that light and you will glean more from them than might have thought.

Another way of saying the same thing is to look at the articles as gateways to a new framework, or better said, as gateways to a new paradigm. What we strive for is to usher our minds not only into a new framework, but into savoring and contemplating taking steps to get there faster and freer than before—and realizing that we are living it now in its beginnings. Such can be the healing and inspiring of words.

Please consider in that light the new way to think about Israel/Palestine that Justine McCabe invites us to undertake; Meg Chittendon’s way to think and creatively conduct the education of children; Steve Welzer’s book reviews; Finland’s Marko Ulvila on a failed but exciting new political party eruption in India; Rob Richie’s ever-courageous and ingenious shepherding of us to replace an unworkable and oppressive electoral system in the United States. And so much more! —JR