Ecological Wisdom: What Does It Really Mean? 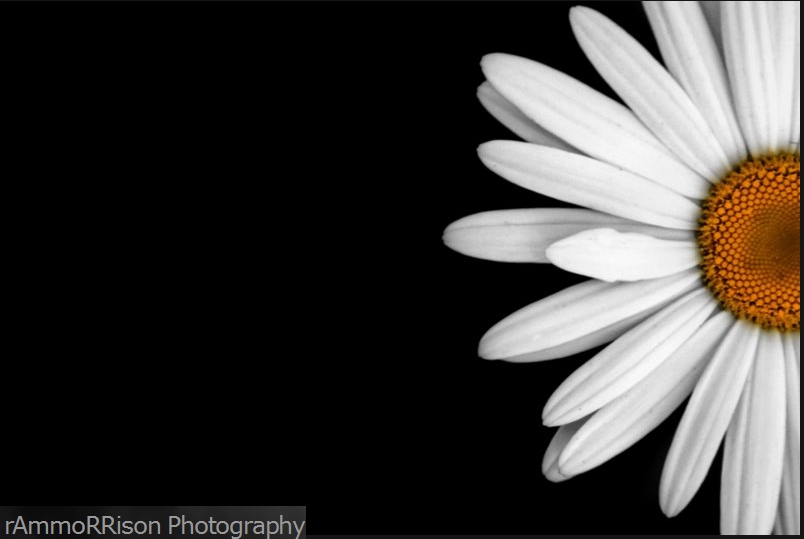 It means what it means — which is what?

About ten years ago, I was working with a candidate who was preparing for his campaign. He was reviewing the Green Party’s Ten Key Values. Like many Greens, he couldn’t cite them all without looking at the list for prompting. He did know the Key Value Ecological Wisdom. I asked him what Ecological Wisdom meant. He responded quickly that it meant the environment.

Ecological Wisdom is different from the ecology that so many Greens assume is just about the environment and nature. The Ecological part of the term is a qualifier for Wisdom. The Green Party Key Value, Ecological Wisdom, speaks to a wisdom derived from biological nature that permeates the entire planet and everything in, around, and above it—with humans and everything they do, produce, and excrete, part of nature.

The Green message to the world, which is so profound and completely unprecedented in all of history and which even Greens don’t fully consciously comprehend, is that everything — from human behavior, economics, infrastructure, production, consumption, waste, use, politics, relation to others, government,management, building, planning, justice, education, and everything else, as well as the environment — must be approached with the knowledge and natural wisdom of ecology, hence Ecological Wisdom, in order to achieve the healthy balance we are after for the planet and all that it contains.

The only politics this planet knows is what derives from self-interest instead of interest derived from Ecological Wisdom. The convolutions and distortions that result from this type of approach is the kind of life we know.

For thousands of years, humans have been making a bigger and bigger knot of policy based on this self-interest, whether from leaderships that are royalty, dictator, president or systems of democracy, socialism, capitalism, etc.

When knots are knotted upon knots, they become impossible to undo.Even if Greens could undo the knots, with the present system of self-interest, it would become knotted again.

Democracy is a theory that has never yet succeeded or proven itself in application and practice. Ecology, on the other hand, has succeeded and proven itself forever, in one way or another. Ecology is not a theory. It is a description of concrete reality.

Original ecologists made this brilliant discovery. Greens are taking it further by more widely applying it and taking it into visioning, politics, solutions and day-to-day life with the Key value of Ecological Wisdom.

Greens are putting it ever before us, so we don’t forget but begin the process of shaping ourselves according to this Value. We really cannot undo the knots, but we have the potential to be reshaped by Ecological Wisdom, just as we were originally shaped by self-interested policy makers.

To really vision Green, we would have to work at envisioning a society based on Ecological Wisdom rather than self-interest. Not easy. We are so shaped by this culture of self-interest policy, we often don’t even know when we are doing it ourselves.

The confusion and general lack of understanding of Ecological Wisdom is not benign. It has revealed a chasm for the Green Party.The Green Party has enshrined this phenomenal concept.However, the concept does not bridge to practical reality. I propose that the chasm is the result of not defining and understanding this mother lode, Key value.

BRIDGING THE CHASM: AN EXPANDED DEFINITION FOR ECOLOGICAL WISDOM WILL FORM THE FRAMEWORK FOR DETAILED GREEN POLICY.

A major challenge to the advancement of the Green Party is the scant flesh on so many of its values, policies, solutions and platform positions. In other words, what we stand for.

Up to now, we could get away with it, because the Green Party has always been marginalized. Neither its criticizers nor supporters ever approached that detail and depth. But the day will soon come when the Green Party will be challenged for it—from the public and media in one way and from Greens in another.

If we are not somewhat ready, our opportunity to advance, based on that, may close.

There’s one thing worse than no one being interested in the Green Party, and that is that the Green Party is perceived as not having the goods and is, therefore, not credible. The situation on the ground currently is that Greens spout issues and solutions, no problem, but if they are asked for details on concrete and practical applications, it’s like coming to an abrupt dead-end.

Some Greens will try to go past that point, but it is achingly primitive. And because that’s so challenging, Ecological Wisdom is not applied and integrated. Greens are like a lot of points of bright light but without connection to the nucleus.

Green policy seems unbelievably different and radical to the greater part of this country’s population. It scares people, even though it will help them. If we can’t paint the picture for them of how it will be, people will reject us. The only way to gain their interest, trust, consideration, and actual support is to spell out for them what the Green Party doesn’t yet know how to spell itself!

Developing that detailed picture is also what will protect the Green Party from the corporate-government co-opting or stealing the fruits of our work, as they have with greenwashing of consumer products and green energy.

Instead of the Green Party maintaining its position as the party that is associated with Green solutions that the Green Party should, rightfully, be riding to political success, the very corporate-government that trashed the planet is the beneficiary. As if they needed any more power than they already have. The Green Party lost out terribly with the co-option of the word Green for greenwashing.

So did the public, because the greenwashing is the same old corporate style simply donning a false patina, all to make profits and keep power, hardly what Greens had in mind. The thing is, if the Green Party doesn’t flesh out its own policies, the corporate-government will take them for their own benefit, not for the peoples’ benefit, much less the Green Party’s.

WHAT THE CORPORATE-GOVERNMENT CANNOT CO-OPT FROM THE GREEN PARTY

It is vital that the Green Party develop detailed policies for its positions guided by a more encompassing understanding of Ecological Wisdom. Such policies would provide a hot-wire fence of protection from co-option.

The corporate-government is incapable of understanding or even wanting to understand the interrelation of all organisms to their environment, which is the underlying concept of the science of Ecology.

It is even less capable of understanding the Green Party’s adaptation and transformation of that concept to Ecological Wisdom to extend far beyond the environment to everything and every system in the world.The only way the corporate-government could co-opt Ecological Wisdom and the Green Party policies that are based on it would be to become it and promote it themselves. We wouldn’t mind that, would we?

It would be a task for some dedicated Greens, requiring focus and time to accomplish this. But first, we should have a broad discussion to develop this more encompassing definition that will prevent Ecological Wisdom from being misunderstood to mean just the environment. Wisdom is not the environment.

It is a knowledge that is deeper than ordinary knowing. Ecological Wisdom is a deeper knowing, a wisdom that can discern the interrelationship of the different components of life as the organisms to their environment which is the totality of all that humans do to maintain and support civilization and societies, including but not limited to the environment. 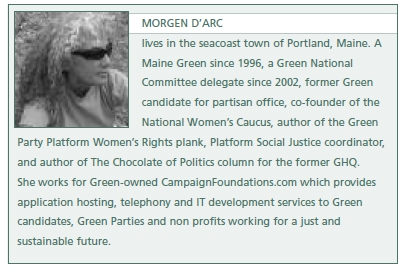 If Ecological Wisdom were more widely understood with this expanded definition, it would directly lead to the flesh the Green Party needs for its policies to be taken seriously as a political party. I would like to hear what readers think about Ecological Wisdom and fleshing out our policies. You can write me at morgen.darc@gmail.com and/or this magazine by email or on the website green-horizon.org