Ranked Choice Voting: Embracing a move from margins to the mainstream

September 10th, 2018  |  by Brie  |  published in Civic Engagement | Comments Off on Ranked Choice Voting: Embracing a move from margins to the mainstream 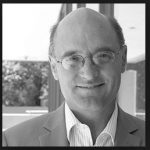 By Rob Richie — In my 23 years at FairVote, I’ve seen my share of advances and setbacks. I’ve gone from years of working from home to having a staff of more than ten, then twice seen our budget boom and bust. We’ve played lynchpin roles to introduce ideas like universal voter registration, a constitutional […]

December 1st, 2014  |  by Brie  |  published in Civic Engagement | Comments Off on The Deepening Global Challenge

By John Resenbrink In the two previous issues of our magazine, we’ve pondered the absence of global governance on planet earth. A fact of stark world reality came home to me earlier this year in a quote from Zbigniew Brzezinski sent to me by Scott McLarty. Scott is the U.S. Green Party’s media coordinator and […]

Chipping Away at the Power Bloc

October 12th, 2014  |  by Brie  |  published in Civic Engagement | Comments Off on Chipping Away at the Power Bloc 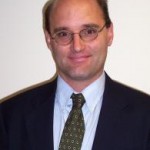 By Rob Richie Greens  have  worked  closely  with  democracy  activists  in  promoting  ranked  choice  voting  (RCV),  both  in  its  instant  runoff  form  and  as  an  alternative  to  winner-take-all  in  elections  when  electing  multiple  seats.  International  examples  abound  about  the  power  of  proportional  representation  for  transforming  elections  and  opportunities  for  Greens.  City  elections  in  2013  showed  […] 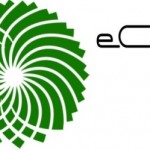 Of the approximate 200 countries in the world, the Green Party has organized in approximately one half – PDF.

December 10th, 2013  |  by Brie  |  published in Civic Engagement, Ecology | Comments Off on The Global Challenge: eOS 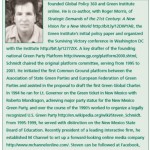 By Steven Schmidt Founder of GreenPolicy360 and Green Institute Online . . . Green Horizon raises the question – how can greens rise to the challenge of global politics and have substantive and meaningful impact globally? Clearly, the times in which we live demand green values and solutions.

October 14th, 2013  |  by Brie  |  published in Civic Engagement | Comments Off on Think BIG — And seize chances to win reform with major party allies

By Rob Richie Backers of a multi-party politics independent of the two-party system often assume that the major parties will oppose any reforms that encourage more voter choice.You will hear the same argument from people who despair about achieving any major changes in voting rules. They resort to the common refrain “why would people elected […] 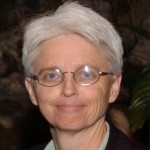 Editor’s note: Kat Williams gave the following speech as Commentator for a Workshop at the U.S. Green Party’s annual convention in 2012 (the Presidential nominating convention) in Baltimore on Friday, July 13. The standing-room-only Workshop discussed a proposed “Open Letter to the American People.” My name is Kat Williams. I am a feminist. I am […]

The Greens Have Taken Over… 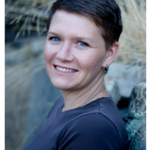 And all is well! Editor’s Note: The following article is based on a speech by Pam Hartwell-Herrero, Mayor of Fairfax, California, to an audience of Green Party delegates from all parts of the country at the U.S. Green Party convention in Baltimore, July 12-15. She gave the talk shortly before the Convention nominated Jill Stein […]

Written by John.  (each post byline will be linked to the writer’s bio section. Strategy focuses on the following: how do you get from what your Thought informs and inspires you to think to the Action that leads you there, or could lead you there? What barriers stand in the way? What can you learn […]